Blessings and gifts from heaven were what Kitiona and Sylvie Salanoa hoped to spread in their beloved island country when they began their business in the small kitchen of their home more than a decade and half ago. But if there is one thing you should know about Mailelani Samoa, it should be that theirs is more than a business journey, it is in fact, a love story. If Kitiona who is from Samoa had not met his Sylvie who is originally from Switzerland through mission work in Hawai’i many moons ago, then there would be no Mailelani Samoa. Sylvie admits, “When I met Kitiona then, we fell in love and that was it! Samoa became my home.” 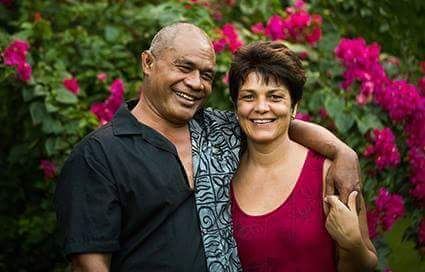 Certainly in the beginning, the husband and wife duo had no inkling that they would end up being in the business of manufacturing natural body care products. Before this happened, all they wanted to do was to start a business that would first and foremost make a positive impact in their island communities, and would show the world the beauty and wonder that is Samoa at the same time.
Like any other love story, tough times came for the couple and their family, but the Salanoas persevered. The experimentation and testing of formulas and mixtures for their Mailelani Samoa products alone were painstakingly done in their home for a long period of time before they were finally ready for any type of production. Despite all that, they persisted and never deterred as Kitiona and Sylvie understood at that point that just like their relationship which they describe as a “match made in heaven”, Mailelani Samoa was part of their bigger life purpose, it is their life’s work and it is part of their destiny.
Mailelani Samoa was a recipient of PIPSO’s Business Development Fund (BDF)* in 2013 which enabled the concept and production of two promotional films showcasing the company and its products for export markets. Furthermore, they have found assistance through various regional partners and organisations to enhance their brand and bring their products to overseas markets. At the Pacific Business Forum held in New Caledonia this year, Sylvie represented the company in PIPSO’s Trade Pasifika delegation. She reiterates, “Difficulty in the access to more export markets is our biggest challenge and we are looking for established and sustainable distributors who can represent Mailelani in the greater global stage.”
Roadblocks and adversity are part and parcel of every (business) love story, however there are always milestones and successes to celebrate. It has been a long time coming but within 15 years Mailelani Samoa has developed a recognised natural skincare brand in the Pacific. Still operating from their family home at Cross Island Road, they have expanded their operations by having a separate factory on their compound. Not only are they launching a unique Mailelani-branded bottle for their oils this year, their products are available for purchasing online through their own e-shops and are currently being distributed to Australia, New Zealand and USA. Moreover, they have just opened Le Petit Cafe at their location. The coffee shop is run by the couple’s two daughters who have seen their hardworking parents build Mailelani Samoa from close to nothing. Evidently, the entrepreneurial spirit is strong in the Salanoas, and their love story continues as this small family and community-based business from Samoa grows from strength to strength year after year. 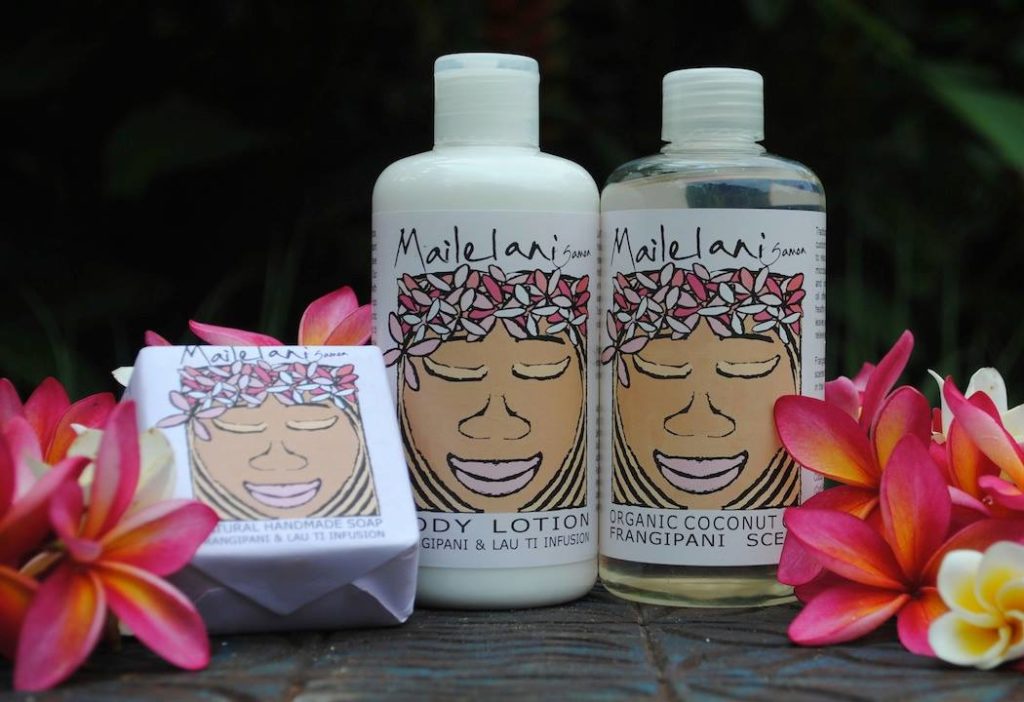 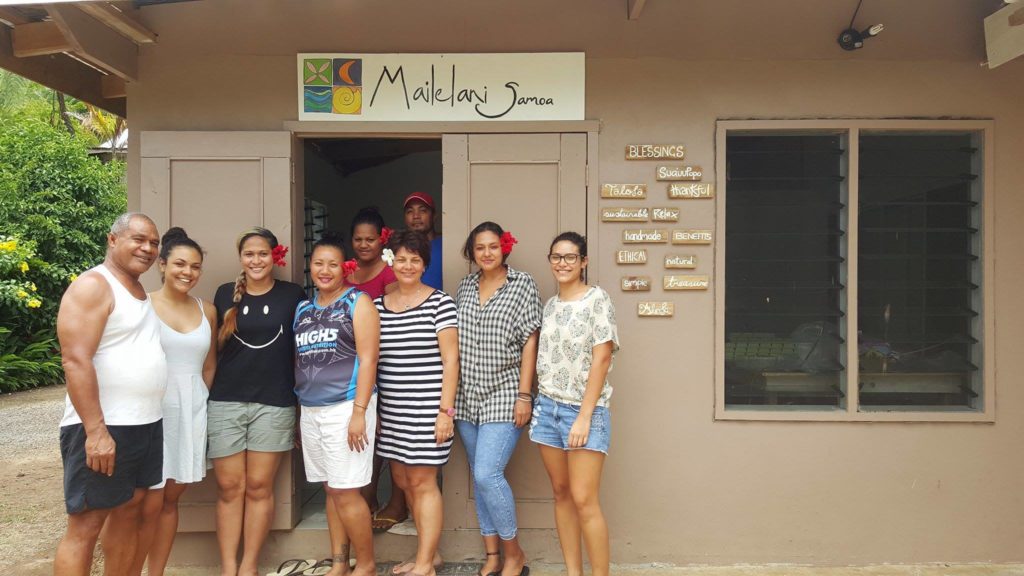 The Mailelani Samoa family and team at their factory in Samoa.

Visit Mailelani Samoa’s websites: USA and International  |  New Zealand
Their Facebook page
*The BDF was established to assist micro, small and medium enterprises (MSMEs) of the Forum Island Countries, that were characterised by limited financial resources, lack of access to capital and undue reliance on debt. After 7 years of existence, BDF was discontinued after the donor ceased its funding. From 2009-2016, BDF distributed more than FJ$800,000 to more than 160 recipient businesses throughout the region.
Interesting fact: Mailelani, is a Polynesian expression that essentially means “Gifts from the Heavens.”